This interview with Lance Anderson was done in the summer of 2006. Lance designed the logo, boxes, and main lines of some MASK vehicles, working for a company that Kenner had contracted to build at the time. of the graphic part of the toys. 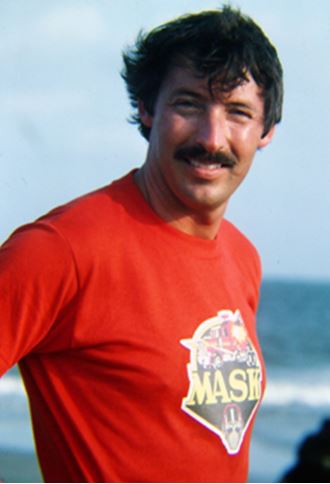 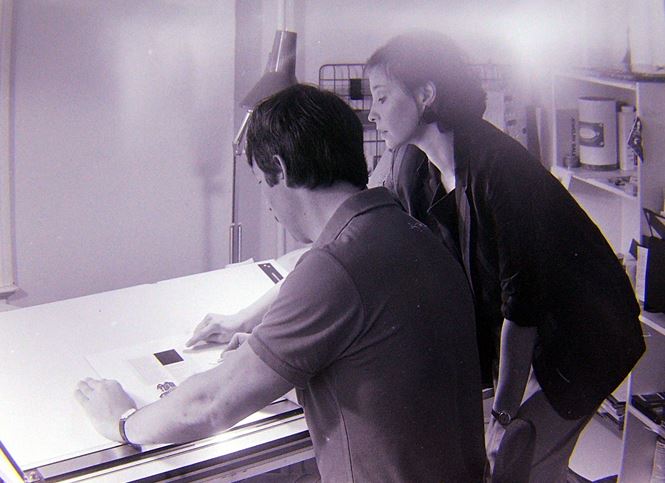 Thank you Lance for accepting the invitation to grant us this interview. Can you introduce yourself to the visitors of our site and to all fans of MASK?

Sure. my name is Lance Anderson and I didn't work directly for Kenner Toys but for a package design company that worked for them. Nice fact, Kenner was our only real customer. When I started in 1983 at Creddock Design Associates, the toy I started working on was Rose-Petal Place. Everything was done in collaboration with Don Kirchener, an excellent artist who had already initially created the work which I then finished by defining the logo. Everything was done by hand, without computers. In that circumstance I became really good at inserting / drawing curves and ellipses and I also started working on the design of the boxes.

The MASK adventure begins two years later, when our design company also put together the catalogs for Kenner and so I became familiar with the rest of the company and the different toy lines. Our main contacts at Kenner were Bob Fox and Dave Reid, both good-looking guys who worked well with. Don Craddock and his wife Dani owned Craddock Design and when they moved from Chicago to Charleston I started working with them.

At the time, we used DHL a lot to send stuff back and forth and Don traveled regularly to meet Kenner leaders and show them our work. The great success we had were MASK and the Silverhawks. Then a less popular line called Mega Force and a few others such as Fluppy Dogs and Battle Brawlers. Of course we created some that didn't go too far in manufacturing, but that's typical of the toy market: all you want is great success.

On MASK I made the logo the lines of some vehicles and all the illustrations, but I couldn't color them before getting to the last series. I spent countless hours on the illustrations redrawing borders and revising the last details and then shipping it all to Cincinnati or Chicago and often getting it back colored by one of the local illustrators. On the contrary, on Silverhawks I did everything - logo, finish, final color - I loved doing it; as well as for MASK.

Lance, where did the idea of MASK and VENOM come from and how did they develop during the graphic work?

Originally the idea was to use fundamentally ordinary vehicles that could transform into truly unusual and extraordinary war machines. MASK in this sense was a hybrid between Transformers and GI Joes, trying to take the best of both with a new twist.
Some of the Transformers had some sometimes stupid gimmicks - many gave the idea of transforming themselves just for the fun of it - but the basic concept was really effective, and still is.

The Transformers continue to be produced because the comics have kept them alive through the years and when their movie hits the big screen it will still be a hit. Maybe we will need a new wave of comics for MASK too, because I think the project was better and more realistic than Transformers.

After all, MASK toys were created before the animated episodes and in this way the animators could work on existing concepts. Today a “live-action movie” or a TV show would be perfect to relaunch them. Then, however, everything started from January 1984 when the idea of these two teams of opponents with common vehicles capable of changing shape began to take shape, that of the good guys led by Matt Trakker (then Tracker) and called in a first moment PNA (Peacefull Nation Alliance) and that of the bad guys by General Miles Mayhem called VENOM. A little curiosity: originally the acronym stood for "Vicious, Evil, Nature Of Man".

I created the two logos first in black and white and all the work was done by hand, no computers or anything and the final versions weren't ready until November. I don't think I've worked on a logo for a long time.

MASK boxes are among the most beautiful ever designed for a toy line. How many other people besides you worked on making the boxes and with what skills?

After defining the brands of the two teams, I started working on the packaging of the toys. Everything that was drawn was rushed to Kenner's headquarters in Cincinnati, Ohio, where there were many people involved in the project giving their opinions on how to move the logo a little further to the left or make the figures. some action scenes imprinted on the front of the slightly wider boxes. But ultimately the boxes as we know them were designed by me together with Don and Dani Craddock. I did the illustrations, worked out the logos, as I said, and also made most of the guidelines for some vehicles (Switchblade, Rhino, Condor, etc.) as well as the photomontages needed for printing.

Can you explain why American boxes are different from European ones?

The main reason is the violence that I had portrayed on the American ones. It was considered excessive to be shown in European toy stores and so the graphics had to be changed or completely redone. I really enjoyed adding firepower to the vehicles and showing the explosions that gave the toys more vitality. I felt that adding these details meant adding to the excitement the children would feel when playing with toys. Children are not stupid, they knew from the beginning that the concept of MASK involved a certain amount of violence, so why hide this fact in the illustration and not show the respect they deserve?

Can you give us some examples of the first names chosen for the vehicles and characters compared to those of the final version? 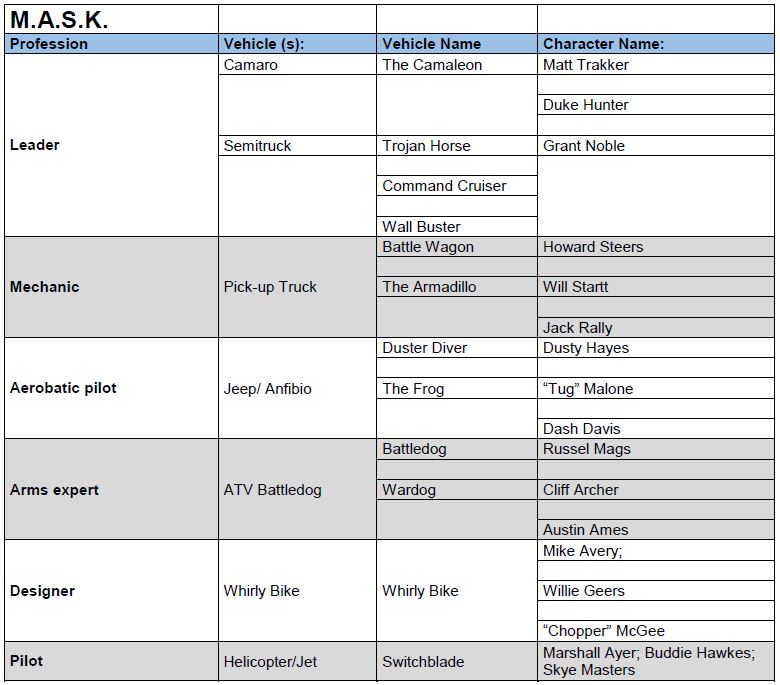 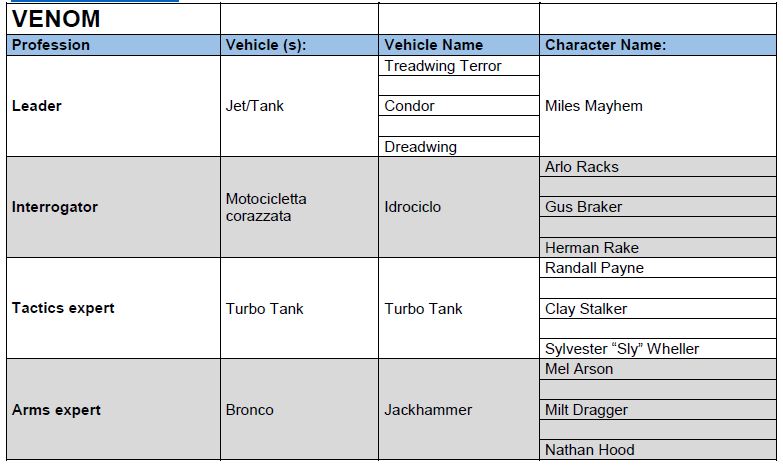 Do you know why the "Shark" toy was never produced? In the cartoon it was one of the most present vehicles ...

I can only speculate why it was never made. There are a couple of good reasons: firstly the character leading it is a woman and obviously there was a greater interest in male characters in relation to the type of buyers. The other reason was that the concept and focus on the MASK product diminished more and more as the pressure on the purpose of selling the toys grew.

You said that MASK toys are a cross between Transformers and GI.Joe. Did you also get any ideas from the cars that appeared in the James Bond films?

We were very aware of the popularity of Transformers and GI.Joe, but there was no influence from them on my work. I took a lot of inspiration from "TSR Games", "Dungeons and Dragons" and the whole world of fantasy. Of course I can't speak for others involved in the project and say what they were influenced by, but I don't remember anything that made you seriously think about James Bond and the old people he used.

How did the designers work to make the vehicles?

The teams that established the characteristics of the basic idea and the toy were not designers, but engineers and specialists in translating an idea into something practical and real. It is one thing to come up with a really catchy idea and a totally different thing to turn an idea into a materially achievable thing. After some time the exchange of opinions and suggestions was extremely active and stimulating, so I saw several of the gimmicks I had designed incorporated into the toy line.

The Split Series ”does not seem to match the others. For what reason?

I spent a lot of time and effort on the “Split Second” series but my personal opinion is that Kenner was losing the initial emphasis on MASK. “Silverhawks”, another project I was working on at the time was doing very well and as MASK waned, the “Silverhawkes” were growing in popularity.

Were there vehicles that were designed but never produced?

Yes, there were a fair number of vehicles that were designed and models built of which never actually got to work (I think I could put the Shark silhouette in the category). Two vehicles that come to mind are Ramp up and Thunderball. One of the last real MASK projects was “LaserCommand”, but that was really produced and put up for sale.

Thanks to MASK, you and your team have given hours of fun to hundreds of thousands of children. Now those children are young people who remember MASK as something legendary. Do you ever think about this?

It is truly sobering and still valid today, because children are constantly looking at adults as role models and this creates an influence on their lives. Complaints at the time of MASK were generally not bad, although the European boxes were redesigned to remove the explosions and firepower that I had so carefully added into the artwork. I believe that children need a fantasy world that can sometimes reflect the real world, but over which they have total control. A world where good and evil are easily separated.

Translatetd from italian by Google translator

Items by the same author
Comments 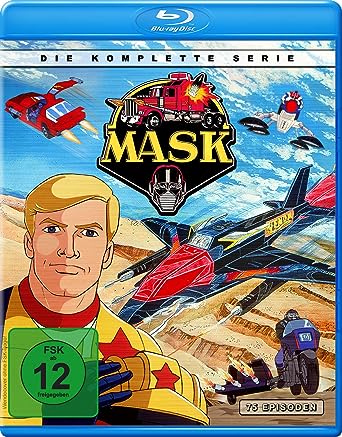 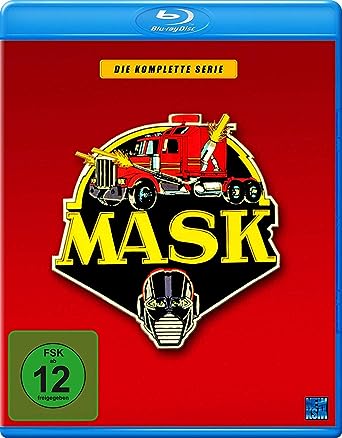